Advised that recent drilling at the North Kanowna Star Project, which forms part of the Company’s 3.07 M oz Bardoc Gold Project near Kalgoorlie, has identified a significant mineralised corridor, with more than ten prospects now identified as high priority for further exploration. 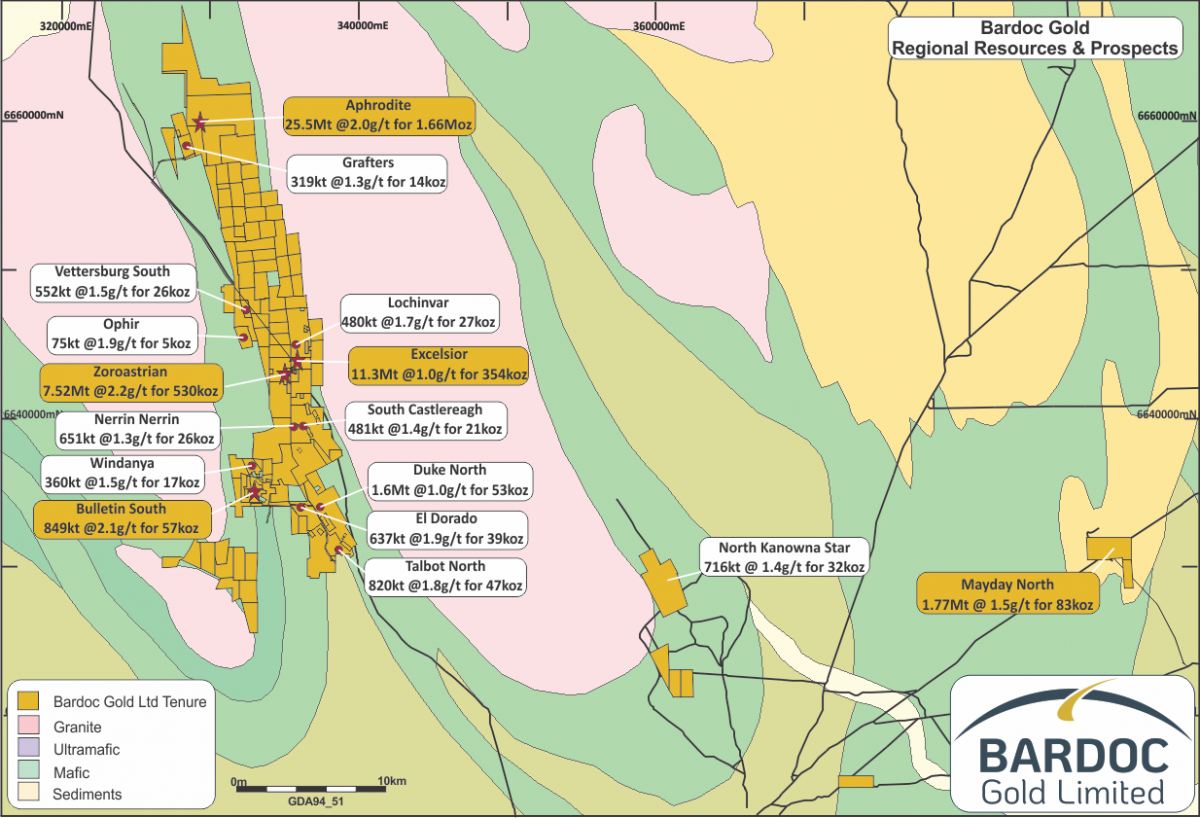 Bardoc Gold Limited (ASX: BDC, Bardoc or the Company) is pleased to advise that recent drilling at the North Kanowna Star Project, which forms part of the Company’s 3.07Moz Bardoc Gold Project near Kalgoorlie, has identified a significant mineralised corridor, with more than ten prospects now identified as high priority for further exploration.

The 100%-owned North Kanowna Star Project is located 29km south-east of the Bardoc Gold Project and has a current Mineral Resource of 32koz at the Perseverance-Wedge Deposit.

These latest results have significantly upgraded the potential scale of the North Kanowna Star district, which is now considered to be comparable to the +1Moz Zoroastrian-Excelsior corridor.

A Strategic review of the Bardoc Gold Project is ongoing.

“The scale of the alteration and mineralisation across the North Kanowna Star project area is truly exceptional, extending over more than 3km in length, similar in strike to the Zoroastrian/Excelsior corridor that forms the backbone of our 3.07Moz Bardoc Gold Project.

“North Kanowna Star is emerging as a long-term exploration project, where we see an opportunity to delineate substantial new Resources with the potential to provide strong additional value to the Bardoc Gold Project.

“Our exploration team has identified more than ten high priority prospects, with technical work now underway to integrate the geological, geophysical and geochemical data to rank the prospects and develop follow-up exploration programs.”

The North Kanowna Star Project contains multiple prospects over a 3km strike. The presence of strong gold anomalism over such a large area makes it a highly-significant location within the local geological landscape.

The writer holds stock in Bardoc Gold, bought in the market at the prevailing price on the day of purchase