This drill programme is designed to follow up on the discovery of high-grade copper – tin mineralisation in a structure now named “UD Lode”. 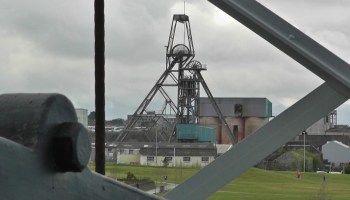 “Drilling at United Downs has successfully demonstrated the continuity of UD Lode along strike over a 200m distance, and highlights the potential to discover new zones of copper – tin – silver mineralisation adjacent to the main target.

“Drilling is ongoing to fully determine the lateral and vertical extent of these zones of mineralisation.”

The mineralisation is primarily hosted in narrow, steeply dipping vein or “lode” structures, and consists of cassiterite (tin), chalcopyrite (copper) and sphalerite (zinc) with other copper minerals such as chalcocite and bornite occasionally present.

United Mines and Consolidated Mines, located 200m south and 400m north of UD Lode, respectively, operated between the early 1700s and the 1870s, mining high-grade copper ores (reported grades of 7.5% copper) to depths of up to 500m below surface.

For brevity, this summary has been redacted. To read the full news release, please click HERE