Highlights were free cashflow of A$23.8 million, and the company became debt free after repaying their A$25 million loan.

All in sustaining costs are well below the industry average. 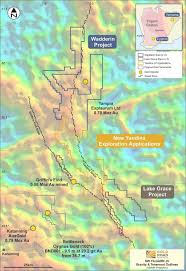 Gold Road’s record gold sales during the quarter were achieved at an average price of A$2,498 an ounce.

Gruyere has been in production for one year, and has has produced 230,590 ounces of gold. This was delivered at an average AISC of $1,155 per ounce attributable to Gold Road Resources, which is well below the industry average.

The company ended the June quarter with a strong treasury, having some A$84 million, in cash and equivalents. The company has become debt free, after repaying its remaining $25 million in debt.

Gold Road has a hedge in place, due to end in 2022, covering approximately 15% of their production.

Given the current all time high price of gold, Gold Road look set to have a record 3rd quarter, as the spot gold price is A$200 higher as this note is being written. This extra cash could enable Gold Road to go looking for another project, as they would have quite a war chest.

In addition, Gold Road has a JV with Cygnus for the SW Yilgarn project near Kalgoorlie, WA. This area is very prospective for gold, and Cygnus are currently running the project, but that could change if a decent discovery is made.

Gold Road look to be in a good place right now, record production, record high gold price, low AISC, a good treasury, and a JV project that could well surprise in the medium term. At this stage they are not going to gallop, but they should deliver shareholder value over the medium term in my view.