Announced the appointment of David Garofalo as the Chairman, Chief Executive Officer and a director of its subsidiary, Gold Royalty Corp.

Mr. Garofalo has also joined the advisory board of GoldMining Inc. 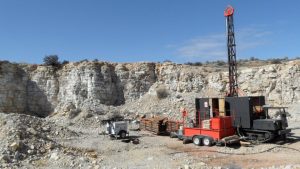 Vancouver, British Columbia – August 5, 2020 – GoldMining Inc. (the “Company” or “GoldMining“) (TSX: GOLD; OTCQX: GLDLF) is pleased to announce the appointment of David Garofalo as the Chairman, Chief Executive Officer and a director of its subsidiary, Gold Royalty Corp. (“Gold Royalty”).  Mr. Garofalo has also joined the advisory board of GoldMining Inc.

Amir Adnani, Chairman of GoldMining, commented: “With his impressive 30 years of extensive leadership experience with major gold producers, David will be an invaluable addition to our team as we advance our newly formed royalty business and existing project portfolio.  As CEO of Goldcorp, David was able to consummate a merger with Newmont in 2019 that created the world’s leading gold producer.  His track record of success, including developing over a dozen projects into producing mines, and his commitment to establish Gold Royalty as a new leader in the gold sector is a combination that will be of immense value to our business.  We are delighted to welcome David to both Gold Royalty and GoldMining and look forward to working closely with him in achieving both companies’ goals and maximizing shareholder value.”

David Garofalo commented: “Amir and the GoldMining team were truly contrarian in the timing of multiple acquisitions during the gold bear market of the last eight years to build a significant gold resource base in the Americas, which includes over 11 million ounces gold in the measured and indicated categories and close to 14 million ounces gold in the inferred category globally across its projects.  With the recent significant improvements in gold markets, I believe market conditions have created an ideal environment for the launch of this company and its unique value proposition.  The initial portfolio of 14 gold royalties on GoldMining’s projects will serve as a strong platform to grow the company towards a cash flow royalty model. I look forward to working with the GoldMining and Gold Royalty team as we build an exciting new player in the royalty space.”

Mr. Garofalo has worked in various leadership capacities in the natural resources sector over the last 30 years.  He served most recently as President and Chief Executive Officer of Goldcorp Inc. until its sale to Newmont Corporation in April 2019.

Prior to joining Goldcorp, he served as President, Chief Executive Officer and a director of Hudbay Minerals Inc. from 2010 to 2015, where he presided over that company’s emergence as a leading metals producer.  Previous to this, he held various senior executive positions with mining companies, including Senior Vice President, Finance and Chief Financial Officer of Agnico-Eagle Limited from 1998 to 2010 and as treasurer and other various finance roles with Inmet Mining Corporation from 1990 to 1998.

He was named Mining Person of the Year by The Northern Miner in 2012 and Canada’s CFO of the Year by Financial Executives International Canada in 2009.  A graduate of the University of Toronto (B.Comm.), he is a Chartered Accountant and a Certified Director of the Institute of Corporate Directors.  He also serves on the board of directors of the Vancouver Board of Trade and the Vancouver Symphony Orchestra.

Gold Royalty Corp., a private wholly-owned subsidiary of GoldMining, is a gold-focused royalty company.  Gold Royalty’s royalty portfolio is expected to initially comprise of 0.5% to 2.0% net smelter return (“NSR”) royalties on the Company’s interest in 14 existing projects with the opportunity to expand the royalty portfolio through the Company’s buy-back rights on existing NSR royalties ranging from 0.5% to 2% held by third-parties on up to 5 of the 14 projects.

GoldMining Inc. is a public mineral exploration company focused on the acquisition and development of gold assets in the Americas.  Through its disciplined acquisition strategy, GoldMining now controls a diversified portfolio of resource-stage gold and gold-copper projects in Canada, U.S.A., Brazil, Colombia and Peru.

Additionally, GoldMining owns a 75% interest in the Rea Uranium Project, located in the Western Athabasca Basin of Alberta, Canada.