Industrial metals have been the focus this week, with copper trading over $3 lb for the first time in over 2 years, nickel rising due to a weaker dollar, and iron ore hitting new highs as China stockpiles due to supply concerns.

Cobalt is also rising in price as the Chinese have declared a 2,000 ton stockpile target. 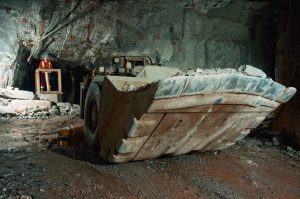 Industrial metals have been the focus this week, with copper trading over $3 lb for the first time in over 2 years, and iron ore hitting new highs as China stockpiles due to supply concerns.

Cobalt is also rising in price as the Chinese have declared a 2,000 ton stockpile target.

The real focus this week though is in China, and the Three Gorges Dam, in Hubei Province, which is in imminent danger of collapse, due to torrential rain causing the Yangtze Basin to flood. The water has been rising for weeks, and there is now a very real risk that the water level will rise over the top of the dam, which would most likely cause it’s collapse..

Make no mistake, this will be one almighty catastrophe if this dam fails, and people are already being evacuated in preparation for this.

The dam is the world’s largest, and also the largest hydroelectric power station, supplying a large part of the region. The volume of water, 39 trillion kilograms, slightly slows the rotation of the earth..

There are many reasons why this is significant for mining, the main one being  that there are many smelters in the region that could well be inundated with the resulting floods.  Infrastructure would be severely damaged, and transport links broken, preventing the movement of commodities and goods.

The city of Wuhan, of covid-19 fame, is immediately downstream and if the dam burst, would be severely effected by the torrent of water that would plummet down the river, and the infamous lab may be washed away.

Let’s hope for the sake of all the people that are close to this event that the dam manages to hold and there is a safe conclusion to this crisis.

Gold had a volatile week, ending up back where it started, $1,939, after briefly rising above $2,000 per ounce on Tuesday, intraday.   Silver performed the same as gold, ending a fraction up over the week, at $26.69 with the intraday high point on Tuesday.

Stocks in the news

Not a great week price wise as the mining sector largely paused for breath, and slid backwards after the recent strong run.

Orla Mining received their EIS permit required for the construction of their Camino Rojo oxide gold project, another important step completed. Near neighbours in Zacatecas, Minera Alamos, raised $10 million in a discounted placing, raising at 63 cents, when the price was 73 cents, but whereas the price would normally retreat towards the lower placing price, it stayed firm, the market just took it in its stride and moved on. That is a very good sign in my opinion.

03 Mining commenced drilling at their Malartic property, and the market will follow this very closely, as they are surrounded by producing and former mines in a very prospective area for gold. Ascot Resources, a junior exploring in the ‘Golden Triangle’ area of British Columbia, reported some spectacular gold intercepts from their latest drill program, including 6 metres of 40.78 gpt gold.

.
.
City Investors Circle is based in the financial district of the City of London.
We present selected interesting and exciting junior mining companies listed on the ASX, TSX, and Venture stock exchanges, to a group of city professionals, brokers, HNWI’s, and private investors, all of whom are active investors, with a mandate to invest in junior mining companies.
Our audience is selected and individually invited, to ensure interest and relevance.
Meetings are small group, highly focused and engaged, with a lively Q and A to follow the main presentation.
We create awareness, and maintain interest in presenting companies by disseminating their future news to our entire investor group via email, social media, and our monthly newsletter.
.
If you wish to present to our select group of active mining investors, please email: andrew@city-investors-circle.com for information.
.
.