The City Investors Circle Mining Review for Sunday 15th August includes comments on what caused the gold ‘flash crash’ last Sunday evening, and why the price of lithium is rising. 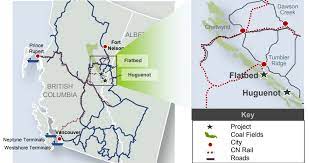 The City Investors Circle Mining Review Sunday Update for the 15th August includes comments on what caused the gold ‘flash crash’ last Sunday evening, and why the price of lithium is rising.

It’s never good to wake up in the morning to learn that the price of gold has fallen $80 overnight in Asia, and so last Monday was one such day, and a very bad start to the week.

The cause was stated to be the good US employment numbers on Friday evening, which started the slice in the gold price, and then Bullion Banks placing 20,000 short contracts into thin trading in Asia on Sunday evening, causing stops to be hit and leveraged positions covered.

Gold has since recovered all of the losses, and finished a tad higher on the week. Silver didn’t fare so well, and lost 3% as the gold / silver ratio starts to rise once again.

Moving on to lithium, one of the key global producers of lithium brine is Albermarle, in the Atacama region of Chile. Albemarle produce around 28% of global lithium production, equating to around 12% of Chilean GDP,  and employ around 550 staff at two sites in the Atacama.

Albemarle’s Chilean workforce has just walked out in a dispute over pay and benefits, causing the price of lithium to rise as a shortage is anticipated if the strike becomes prolonged.

Also in Chile, workers at the Adina copper mine, owned by Codelco, walked off the job and voted to strike. BHP and JX Nippon also have strikes at the moment, as workers seek to benefit from the increased price of copper.

An immediate thought is, if the copper price falls, would they seek a reduction in wages? Perhaps their remuneration should be placed on a sliding scale linked to the copper price?

Mining stocks have had a hard week after the gold “flash crash” early Monday morning during overnight trading in Asia. Most of my favourites are down, including producers like Fiore Gold that are profitable and growing organically.

Orla Mining suffered a “reduce” rating from broker TD in Canada, although they still see the company in a positive light, the lower price of gold caused their change of stance.

The government of Kyrgyzstan has established enough “evidence” of corruption to press on with removing Canada’s Centerra Gold from the Kumtor gold mine, see HERE. This looks like it’s heading for an international tribunal, but that doesn’t help the hapless shareholders of Centerra.  Resource nationalism is growing.

Stocks on our watchlist in the news this week

Gold rebounded strongly after the Sunday overnight ‘flash crash’, whereas silver is still falling and the gold to silver ratio is on the rise again. There seems to be no known reason for silver continuing to fall.

Platinum is ringing, possibly on the news that the price differential to palladium is causing some substitution by car manufacturers.

Copper rose strongly on the news that another Chilean mine has suffered a strike, further increasing supply concerns, after the giant Escondida mine and another large Chilean producer reported strike action that is still ongoing.

Lithium rocketed on reports that workers for Albemarle in Chile have walked out over pay and conditions. Albemarle produce 28% of global lithium, so the effect on supply will be significant.

At the time of writing the author holds shares in Ascot Resources, Bardoc Gold, Colonial Coal, Fosterville South, Los Cerros, and Orla Mining, all bought in the market at the prevailing price on the day of purchase.