Reported a 155% increase in the contained nickel at their newly acquired Mt. Edwards project in Western Australia.

This increase came after the inclusion of four newly additional deposits newly acquired. 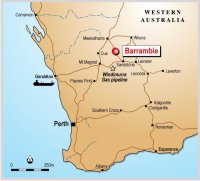 Neometals has reported a 155% increase in the contained nickel at its Mt Edwards project, in Western Australia.

The significant increase in the maiden mineral resource, which was announced in April this year, resulted from the inclusion of four additional deposits, after Neometals in March acquired the lithium and mineral rights from Apollo Phoenix Resources.

The project is located some 40 km from the Mt Marion lithium project, in which Neometals holds a 13.8% interest.