The 6-month research project was conducted in partnership with the Natural Sciences and Engineering Research Council of Canada. 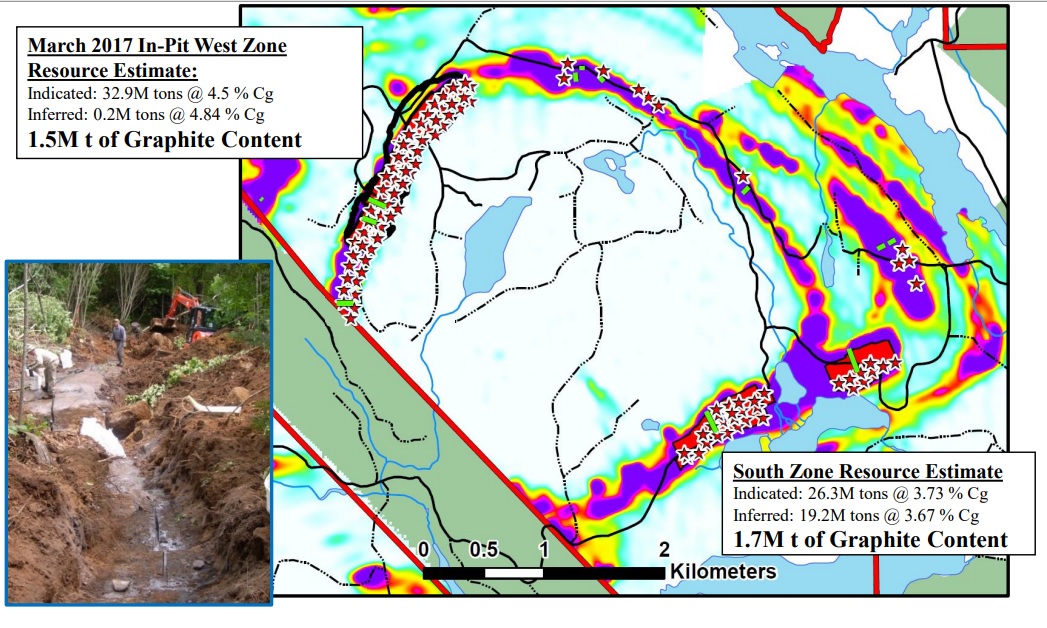 Nouveau Monde announces the results of their expandable graphite process

SAINT-MICHEL-DES-SAINTS, QUEBEC –Nouveau Monde Graphite Inc. {TSX.V: NOU} is proud to announce the results of its research project aiming to develop a new expandable graphite production process. The 6-month research project was conducted in partnership with the Natural Sciences and Engineering Research Council of Canada (NSERC) as well as a Quebec research center. The results obtained are most convincing, foretelling expansions of some 342 mL/g. The graphite used to conduct this research was exclusively sourced from the West Zone of the Tony claim block of Nouveau Monde’s Matawinie graphite property.

The major goal of this first phase of the expandable graphite research program was to prove the process’ feasibility in laboratory mode and test out the expansion properties of the Matawinie property graphite concentrate. Influence levels of other factors, such as graphite flake size, treatment time and heating temperature, on the process’ successful outcome and expansion levels obtained, were also assessed.

Graphite flakes were initially subjected to the reaction mixture for a predetermined time. Three different treatment times were tested (t, t+1 h, t+2 h). Flakes were then recovered by filtration, washed and dried. To create expansion, they were then rapidly oven-heated at three varying temperatures (T °C, T+100 °C, T+200 °C), at three varying heating times (15, 30 and 60 seconds). After being submitted to such treatment, the graphite was transferred into a graduated tube in order to measure its volume and mass and help determine the process’s expansion factor in mL/g. These controlled conditions were tested on two different types of flake samples; a mix of “large” and “medium” flakes (60–120 mesh) and a “medium” and “fine” flakes mix (120–200 mesh).

This preliminary research draws the conclusion that, in the implemented process, chemical treatment time, expansion temperature and flake size are all important factors that impact substantially the expansion levels of graphite concentrate.