Palladium has reached an all time high price, higher than the highest price for gold even!

There are a number of reasons for this, which are explained here 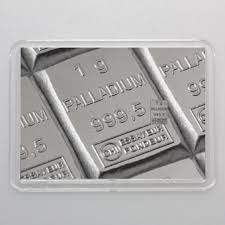 Demand for palladium in catalytic converters remains strong, and an additional impetus this week was the continuing power issues suffered by ESCOM in South Africa.

In particular, palladium consumption has increased in China, and other countries, due to their more stringent environmental regulations. This has meant more loadings of palladium in each vehicle. Some analysts consider that this has more than offset the decline in car sales during 2019.