What a shambles of a story Pure Gold Mining has become, after such a promising start.

A financing at C$0.15 cents per share has dragged down the share price to a new low as the company desperately scrambles to rebuild their treasury. […] 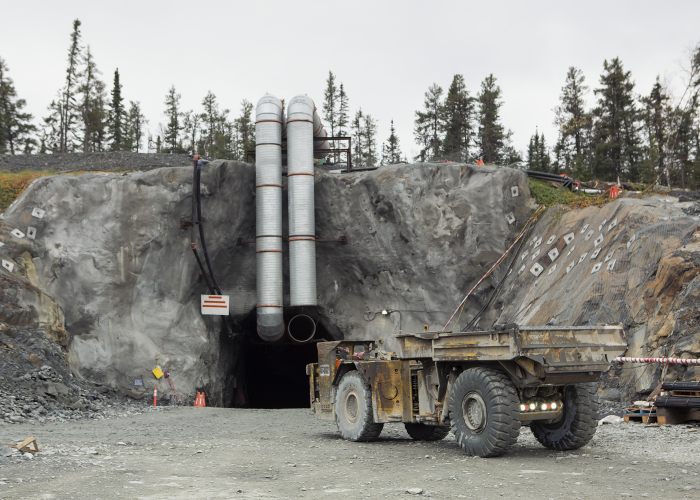 Pure Gold Mining lurching from Disaster to Disaster, Can the Latest Financing stop the rot?

What a shambles of a story Pure Gold Mining has become, after such a promising start. I always thought a company with a C$400 million cap prior to production was a bit racy, but what has transpired since to such a promising project beggars belief.

Pure Gold’s mine is located at Red Lake in Ontario, at the top of the Premier League of tier 1 mining jurisdictions. For that reason there were always high expectations for the company.

In December 2020, the share price of PGM reached a peak of C$2.58, the mine was going into production, and all looked on track.

On March 3rd 2021, PGM announced the ramp-up was progressing steadily, and commented “performance to date has met or exceeded expectations with respect to underground development and ore production rates, milling performance and gold recovery.“

At the end of March 2021 PGM announced the mill had achieved design capacity, and also raised “additional liquidity” with Sprott Financial, and the deferral of some cash interest payments until the end of June.

On the 8th April PGM announced a bought deal financing for C$10, million, subsequently upsized to C$17.250,024 all “flow through”, not good news, and maybe a sign that things weren’t going to plan?

May saw a “final stages of ramp up”  news release, followed by a “milestone Q2“, in July, and a Declaration of Commercial Production on August 3rd.

So, up until this point everything looked rosy, apart from the flow through financing, but many miners raise during production startup taking advantage of price strength to put some cash into the treasury in case of future need, and that makes sense.

Apart from a falling shareprice (And PGM was overvalued for a while in my opinion) there were no announcements that acknowledged any issues or problems at the mine.

On October 27th, PGN released Q3 results, which looked good as everything was ramping up, and mill upgrades has been completed. There was also a leadership change, with the experienced turnaround specialist Maryse Bélanger as Mine General Manager, effective immediately. This was a clear sign there were problems, but management had taken decisive action to bring in an experienced manager.

Then came the Q3 results on November 12th, and a whopping loss of C$13.2 million, costs were simply too high.  Another employee, VP operations was ‘retired’, with Maryse Bélanger adding these duties to her Mine Manager role.

Pure were quickly out of the blocks on January 4th, replacing the CEO and other senior management in a clear out, effective Jan. 1st. Two other minor news releases were issued in January.

On February 15th a bought deal for C$25 million at 53 cents per share was announced, which closed at C$31.2 million, with AngloGold Ashanti increasing ownership to 19.9%.

Two days later, February 17th, yet more management changes, and Maryse Bélanger had vacated her position of Mine Manager, but retained a seat on the board as an advisor.

On March 28 PGM released an Operations Update, and gave the cash position as C$9 million, and then stated they need to raise C$25 million immediately, and a further C$25 million within 6 months.  Results followed on 30th March.

Then the company reported a civil claim by shareholders on 7th April.

On April 22nd PGM announced a C$6 million liquidity and waver from Sprott Lending, and PGM agreed to undertake another C$5 million by May 15th.

On May 6th, the company announced a C$30 million raise at just 15 cents per share.

Experienced executive Tony Makuch joined the board as Technical Advisor.

The fall in shareprice from C$2.58 has been short and precipitous, and an education for investors about what can go wrong if a mine start up plan is not well executed.

The issues included being undercapitalised, mining costs were too high, and poor cost management control.

I am not surprised by the legal action, although that will be a distraction for the company at a time when it needs maximum focus on developing the mine to fulfill its potential.

Shareholders who bought at much higher prices have seen the value of their original investment eroded significantly, although the current low price offers an opportunity to average down if they still believe in the project, and abilities of the new management team.

For anyone just looking at the story, this might be a good level to consider an investment, it’s hard to see the price falling much more unless the project totally fails, but with new management involved one would hope that won’t happen.

The arrival of Tony Makuch is a good sign in my view, he has an abundance of experience and is well connected, so he should be able to get things done, if anyone can.

Management are on a strong cost saving plan and have reduced by $C8 million per month, and plan to be corporate cashflow positive by Q1 2023. The principal issues have all been addressed and a new scoping study is awaited.

So, Pure Gold is a watch and wait in my opinion.  There are around 500 million shares in issue, which is far too high, and has taken away the uplift potential from the original holders.

There are around 44 million warrants heavily out of the money, so unless they are repriced, they will disappear within the next year.

For someone looking to invest, with a long term view, this may well prove to be a good starting point, time will tell.

I am contemplating a small purchase with a long term view.

If you need clarification of any information contained in this note, or have any questions about Pure Gold Mining, I will be delighted to assist – Please email andrew@city-investors-circle.com