Has received the following statement from its Joint Venture Partner, Tudor Gold Corp.: “It is with great sadness that we announce the passing of the Company Founder and Chairman Mr. Walter Storm at the age of 91.

On behalf of our Board of Directors, our leadership team and our employees, we extend our sympathies to Walter’s family and friends.” 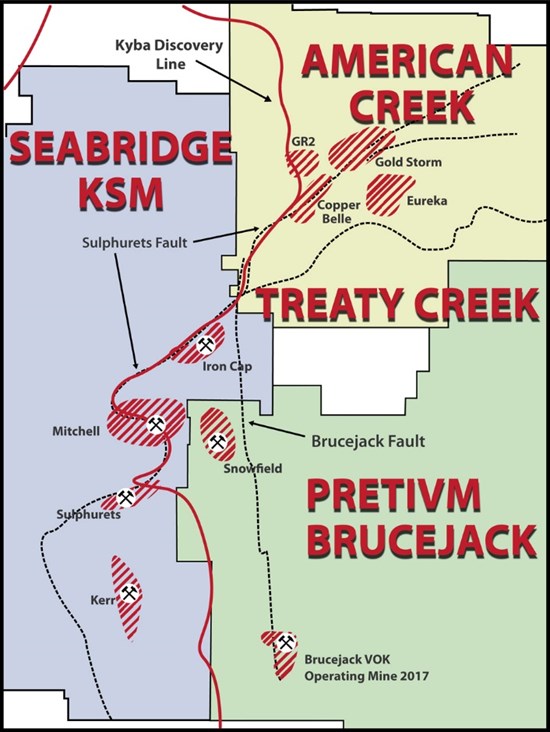 Cardston, Alberta–(Newsfile Corp. – June 28, 2022) –American Creek Resources Ltd. (TSXV: AMK)(“the Company”), has received the following statement from its Joint Venture Partner, Tudor Gold Corp.: “It is with great sadness that we announce the passing of the Company Founder and Chairman Mr. Walter Storm at the age of 91. On behalf of our Board of Directors, our leadership team and our employees, we extend our sympathies to Walter’s family and friends.”

In 2015, Walter Storm purchased various promising mining claims near Stewart, B.C. – within an area known as the “Golden Triangle” due to its significant gold deposits. In the following year he closed a qualifying transaction with a public company, which was later renamed TUDOR GOLD Corp.

Under his supervision he advanced Tudor Gold’s gold exploration and development efforts. After several successful drill programs completed by the Company, in March 2021 Tudor Gold published an initial mineral resource estimate for its flagship project Treaty Creek, which confirmed the Goldstorm Deposit as one of the largest gold discoveries of the last 30 years(see Tudor Gold press release dated March 9, 2021).

Walter held the position as CEO of Tudor Gold until December 2021 and continued to serve the Company as Chairman of Tudor’s Board of Directors until his passing. Mr. Storm was a successful entrepreneur with several decades of experience in Africa, Europe, the Middle East, and North America.

Throughout his career, Mr. Storm was successfully active across multiple industries, including the forest industry in Canada, mining industry in West Africa and Canada, as well as oil production and road transportation from Europe to Central Asia and Russia.

Mr. Storm left his mark in Canada by providing startup financing to Osisko Mining for Canadian Malartic, a large gold mine in the province of Quebec, through a German holding company (Eurasia) in which he held a majority ownership and acted as Chairman of the Supervisory Board. During Mr. Storm’s tenure, Eurasia not only funded the startup of Osisko Mining in 2004, but also helped the company reach market capitalization of CAD$4.50 Billion before being sold in 2014.

“The loss of Walter is felt profoundly, not only by his family, his friends and me, but also by Tudor’s employees and colleagues who had the privilege of knowing him during his over 60 years of devotion to his various business endeavours.

“Walter will be remembered as a generous, highly ethical and visionary leader who had a keen business sense and had successfully built companies in different industries. He embodied the spirit of our company with his deep sense of loyalty, his humor and his strong moral compass.

“Walter’s expansive business knowledge allowed him to steer many successful companies in a variety of industries. He was always willing to consider something new, and if he became involved, Walter was determined to leave it better than he found it. He will be missed.”

“Walter showed his qualities as a great businessman as well as a true gentleman from the first time we met. It was evident he recognized the potential and had a vision for Treaty Creek, as well as the ability and knowledge to carry it through.

“It was also evident early on that treating people fairly and well throughout that process was also one of his great attributes and foundational to his record of success.

“We always appreciated and enjoyed our friendship and business relationship with Walter and we will miss him”.

.If you need clarification of any information contained in this note, or have any questions, I will be delighted to assist – Please email andrew@city-investors-circle.com