Updated on its plans for small-scale re-development of the past-producing East Kemptville tin mine. 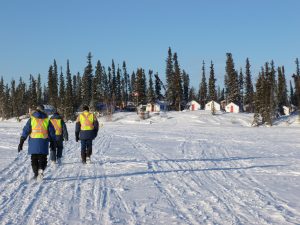 Toronto, ON – Avalon Advanced Materials Inc. {TSX: AVL} is pleased to provide an update on its plans for small-scale re-development of the past-producing East Kemptville tin mine, Yarmouth County, Nova Scotia (the “Project”). Over the past year, the Company has developed a new model involving tin concentrate production from a large stockpile of historically-mined low grade tin ore, supplemented by limited mining of near-surface higher grade tin resources. This re-development model will result in full rehabilitation of the site, while supporting economic recovery of tin concentrates for at least 15 years.

Avalon is now in the process of applying for the necessary permits and approvals, including a mineral lease, and negotiating the transfer of existing surface tenure to allow it to proceed with final feasibility study work and Project financing. The Company is presently preparing a Preliminary Economic Assessment (“PEA”) for filing with the mineral lease application along with a site closure plan. The PEA is scheduled to be released by mid-July, 2018. Once all approvals are in place, financing is secured and feasibility work completed, the operation could be brought to initial production in just 12-16 months.

In conjunction with preparing the PEA on the new small-scale re-development model, an updated mineral resource estimate for both the Main and Baby Zone tin-indium deposits has been prepared to include results from a 2015 in-fill drilling program. Total estimated Measured and Indicated Mineral Resources are now 22.97 million tonnes at 0.153% Sn, with an additional Inferred Resource estimate of 14.25 million tonnes at 0.139% Sn at a cut-off grade of 0.1% Sn (see Table 1 below). While the total deposit tonnage and grade did not change significantly, the proportion classified as Measured and Indicated increased by some 24%, implying an increase in the overall confidence level in the resource.

Following the previously-released East Kemptville mineral resource estimate (NR 14-13, October 31, 2014), Avalon completed a drilling program in 2015 which totalled 4,514 metres in 22 holes. Nine of these holes were in the Main Zone, eight in the Baby Zone and five in the Duck Pond Zone. Results from the 17 in-fill holes in the Main and Baby Zones are included in the updated resource. The main objectives of the drill program were to increase confidence in the resource and explore the poorly drilled northeast extension of the Main Zone. Both of these objectives were achieved. At this time, the indium, zinc and copper grades of the updated resource have not been re-estimated. This will be completed over the next two months.

The methodology for this updated resource is described in the footnotes to Table 1 below. Separate block models were prepared for the Main Zone and Baby Zones, which allowed for a more detailed resource model in the Baby Zone. The resource is based on improved geological models and utilises an improved interpolation method. The addition of the 2014 and 2015 drill holes increased the estimated Measured Resources by 0.58 million tonnes.

Note that the updated Mineral Resource estimate described above only applies to in-ground mineral resources and does not included the Inferred Resource contained in the Low Grade Stockpile, which totals 5.87 million tonnes at 0.112% Sn (See Annual Report on Form 20F for the year ended August 31, 2017).

The small-scale re-development model as conceived for the PEA contemplates processing 2,400 tonnes per day of ore to produce an average of 1,500 tonnes per year of tin concentrate for at least 15 years using a gravity concentration process. Demand for conflict-free tin concentrates remains strong, as new markets emerge in clean technology applications such as lithium ion batteries. With growing demand, production could potentially be increased and operational life extended by accessing additional tin resources at depth or in other mineralised zones, such as Duck Pond. There is also potential to recover by-product zinc-indium and copper concentrates in the future.

Interest from a potential development partner in the Project has also led to further testwork to evaluate the use of ore-sorting technology to reject waste and create a higher grade of feed material for a smaller (lower cost) gravity concentrator. Similar work conducted previously on a sample of material from the Low Grade Stockpile indicated that ore-sorting technology could be successfully applied at the Project. This current ore-sorting testwork includes drill core from both the Main and Baby Zones and results are expected by the end of July.

The Species at Risk Act study was initiated at the Project with the completion of the spring bird survey. Engagement continues by meeting with regulators, NGOs and local communities with continued strong support for the Project. With the update of the mine plan, permitting is well advanced with the mineral lease and Crown Land transfer planned for submission in the next 30 days. The closure plan is being updated to incorporate changes to the mine plan. The overall objective of full site rehabilitation on closure remains feasible and a key objective for Avalon.

As with Avalon’s other advanced-stage projects, the Company’s focus is on materials that enable clean technology, including solar and wind power. In order to do this sustainably, Avalon designs its operations to minimize environmental impacts and greenhouse gas emissions, while planning for rehabilitation and productive use of the land post closure. The Company also now applies a staged-development approach to its cleantech materials projects, which involves starting production at a modest scale, to minimize project footprint and potential risks to environment, while also reducing investment risk and creating opportunities for its Indigenous business partners.

For questions and feedback, please e-mail the Company at ir@AvalonAM.com