This discovery, if confirmed by drilling, would enable this deposit to become a low grade satellite feeder for the main mine operation at La India.

Condor Gold CEO Mark Child enthused “It is highly encouraging that Condor’s geologists have defined a large area of gold mineralisation through limited trenching on the Real de La Cruz Concession on La India Project, after the recent trenching program. Condor’s geologists interpret the geological signatures as representing the top of a much larger gold mineralised system”.

Condor have just completed a trenching program at Real de La Cruz within their La India Gold Project, and confirm they have extended the wide zones of low-grade gold mineralisation identified by historical exploration, which has now been traced over a strike length of 1,100 metres.

Highlights of the Exploration Trenching;

The 200m spacing employed will require infill trenching to confidently define the variations in grade and width prior to drill testing. 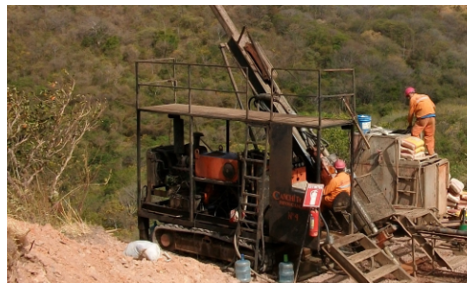 Condor Gold are working on the 280 square kilometre La India Project which is located in the historic La India Gold Mining District of Nicaragua where 576,000 ounces gold have been historically produced at an average grade of 13.4 grams per tonne by Noranda Mining.

Today the project area has been consolidated and has a defined NI 43-101 resource of 2.33 million ounces of gold, at an average grade of 3.9 grams per tonne.

A preliminary economic assessment on the project has predicted that the La India Project, as it stands today, could be exploited at a rate of 150,000 ounces per annum for the first 8 years of a 13 year mine life with low cash costs and a payback period of only 3 years.