Still no word from the company regarding the protests against the mine by the local population. 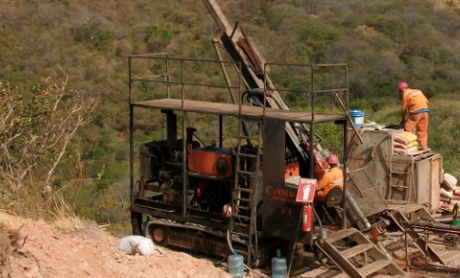 Condor Gold (AIM: CNR) is pleased to announce new rock chip results from the La India Project, Nicaragua, and results of detailed geological mapping, which expand three areas of known gold mineralisation. In line with the Company’s strategy of proving a major gold district at the La India Project, 200 new samples have been taken from the Mestiza, Cacao and Andrea areas

All three areas have been drilled since December 2016 and these samples were collected to help extend laterally the known vein mineralisation and plan step-out drilling. Mapping was carried out at the same time.

Highlights:
• Surface rock chip sampling has produced results of up to 37 grams per tonne (‘g/t’) gold from Mestiza, up to 24 g/t gold on Andrea and up to 16 g/t gold on Cacao.
• Geological mapping has demonstrated potential extensions to known vein mineralisation at all three targets.
• The three main veins on the Mestiza vein set: Tatiana, Jícaro and Buenos Aires, appear to coalesce into a single northwest-striking vein.
• Trenching and mapping are now underway on Mestiza, aimed at identifying drill targets, which may contain additional high-grade oreshoots similar to Big Bend, a potential high-grade oreshoot within the Tatiana vein.
• The Cacao vein appears to have a concealed extension to the east and is potentially at least twice as long as previously thought.

.
Mark Child, Chairman and CEO, comments: ‘Condor continues its strategy of proving a major gold district at the La India Project. Mapping and rock sampling by our experienced senior geologists has produced high grade gold results of 37 g/t,
24 g/t and 16 g/t gold in three new areas, along strike from known mineralisation at Mestiza, Andrea and Cacao, which provides excellent upside potential. Furthermore, recent drilling by Condor at Mestiza increasingly demonstrates the importance of high-grade ‘oreshoots’ within long, relatively continuous veins. These offer the best chance of adding high-grade economic ounces to the global resource at La India Project.
Surface rock chip sampling and trenching are the best tools at our disposal to follow up on targets identified by geophysics, geochemistry and a structural model, before making a drill decision. The northwest extension of Mestiza, where veins coalesce and intersect, is now a high priority, as is the eastern, concealed, extension of Cacao.’