Condor Gold {AIM: CNR / TSX: COG} announced that it has formally submitted an amendment to an Environmental and Social Impact Assessment to the Ministry of Environment and Natural Resources in Nicaragua, to redesign the open pit without resettling 1,000 people.

This comes after protests and unrest in the area surrounding the mine, in Leon, Nicaragua. 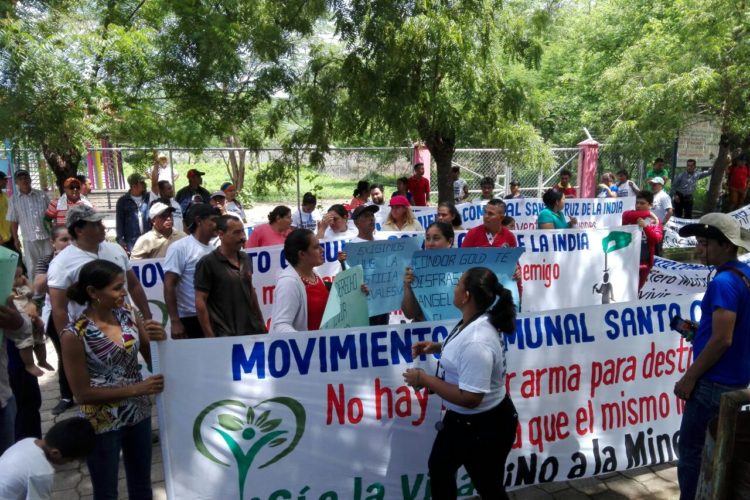 Condor Gold is pleased to announce that it has formally submitted an amendment to an Environmental and Social Impact Assessment (“ESIA”) to the Ministry of Environment and Natural Resources in Nicaragua (“MARENA”), which is part of an application for an Environmental Permit, to construct and operate a processing plant with capacity to process up to 2,800 tonnes per day (“tpd”) or 1 million tonnes per annum (“tpa”), without the need to resettle approximately 330 houses or 1,000 people.

Mark Child, Chairman and Chief Executive Officer of Condor, commented:
“Condor has been in constructive dialogue for several months with Nicaraguan
Government officials at Minister level to permit the construction and operation of a new
gold mine at Mina La India, Nicaragua. The general feedback has been that permitting will be much easier if the mine can be redesigned to proceed without resettling 1,000 people.

.
Condor has accordingly formally submitted an amendment to the main permit application to proceed without resettlement.

I am delighted to say that Condor’s technical team believe that the La India Project is both technically viable and economically attractive to proceed with a redesigned open pit that does not require community resettlement and also includes the relocation of the
processing plant approximately 1,200 metres from the village. Mine scheduling studies
are on-going, and further details will be provided in due course. Condor Gold does not
anticipate a material change in the total ounces of gold expected to be recoverable from
the redesigned open pit compared to the open pit disclosed in the PFS (as defined
below).”

is planned between the redesigned open pit and the Village to reduce noise and dust
pollution. The mine site infrastructure requirements will be reduced by over 30% to

which commenced in 2013. In addition to describing the potential impacts of a future
commercial mine on the environment, the ESIA also contains detailed environmental
management plans and social management plans to monitor and control any such
impacts.