Fiore Gold announced today they had accepted a bid from Calibre Mining for the company.  Calibre are based in unfashionable Nicaragua, so Fiore offers them a chance to diversify into a tier 1 jurisdiction. 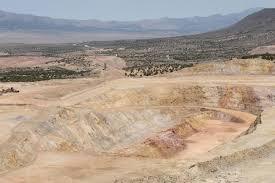 After the recent takeovers of Roxgold and Apollo Consolidated, Fiore Gold have now received an agreed bid.

A saying about London bues springs to mind.  If this continues our watchlist is going to be decimated.!

I have mixed feelings about this, I believe Fiore is a good company with decent projects, but recently had been lacking a bit of momentum, despite good newsflow. A depressed gold price didn’t help of course.

I met Calibre Mining recently and thought they had a good set of projects and looked undrvalued given they are in production. I think the negative is they are based in Nicaragua, which is off the beaten track as far as mining goes. They have few peers in the country, and a dodgy political scenario, with opposition candidates being arrested ahead of the elections, never a good sign of stability…

I actually hope another bid arrives, but management seem happy, so that’s probably a forlorn hope.

I am going to have to think long and hard before I decide whether to keep the Calibre shares I will receive, or sell and look elsewhere, not an easy decision as I like Fiore’s mines and projects.

Vancouver, B.C. – October 25, 2021:  Calibre Mining Corp. (TSX: CXB; OTCQX: CXBMF) (“Calibre” or the “Company”) and Fiore Gold Ltd. (TSX.V: F; OTCQB: FIOGF) (“Fiore”) are pleased to announce that they have entered into a definitive arrangement agreement (the “Arrangement Agreement”) whereby Calibre will acquire all of the issued and outstanding common shares of Fiore pursuant to a court-approved plan of arrangement (the “Transaction”).

The combined company will have comprehensive technical capabilities to exploit a pipeline of development and exploration opportunities across a broader portfolio.  This growth strategy will be supported by a strong balance sheet with a combined cash balance of $96 million and no bank debt (as at September 30, 2021).

Calibre will be acquiring a 100% interest in Fiore’s operating Pan Gold Mine (“Pan Mine”), the adjacent advanced-stage Gold Rock Project (“Gold Rock”) and the past producing Illipah Gold Project in Nevada, as well as the Golden Eagle project in Washington State.

All amounts are in United States dollars unless otherwise indicated.

Highlights of the Transaction

Key highlights following completion of the Transaction include:

“We are pleased to undertake this combination with Calibre to create a new mid-tier gold producer with excellent growth prospects. There is a great deal of common ground between our companies.

“In the past few years, we have both overseen the successful ramp-up of our respective assets through solid operating discipline and ESG focus.  While staying focused on cash flow generation and capital allocation discipline, we have both prioritized organic growth through successful exploration, reserve replacement, regional land acquisition, and progression of our development assets.

“Our shared culture of operating and fiscal integrity creates an excellent fit.  We have tremendous respect for the Calibre team and their successful implementation of a “hub and spoke” mining and milling strategy in Nicaragua.

“Calibre’s assets were formerly cornerstone assets of B2Gold and have produced gold over a multi-decade history.

“Not only will Fiore shareholders be exposed to this considerably larger and more diversified production profile, but within a larger company, we expect to enjoy higher trading liquidity and deeper institutional ownership.”

“This transaction is the type of value-add diversified growth we set out to accomplish when we partnered with B2Gold to acquire our initial gold production. The addition of a top-tier, low-risk mining jurisdiction in Nevada creates a lower risk profile with greater asset and country diversification.

“The Pan heap leach gold mine brings an immediate increase to our production and cash flow, in addition to significant exploration potential. This transaction unlocks value for both Calibre and Fiore shareholders and further demonstrates Calibre’s commitment to building a quality diversified mid-tier gold producer.”

“Calibre has delivered on its commitment to create value for its shareholders through a disciplined operating and exploration approach.

“This transaction builds on that commitment, bringing a diversified asset base with immediate production and strong exploration upside in one of the top gold mining jurisdictions in the world.

“The pro forma company will have an exciting fully-funded growth pipeline with Calibre’s high-grade Eastern Borosi project and Fiore’s Gold Rock project located approximately 10 kilometres from the operating Pan Mine.

“I look forward to working with the team in Nevada as they have done a great job delivering on Pan and advancing Gold Rock.  I believe with increased cash flow generation and balance sheet strength, we can collaboratively unlock significant additional value for both our shareholders.”

Pursuant to the Transaction, Fiore shareholders will receive 0.994 of a Calibre common share and C$0.10 in cash for each Fiore common share held (the “Consideration”).

Existing shareholders of Calibre and Fiore will own approximately 78% and 22% of the combined company, respectively.

The Transaction will be effected by way of a court-approved plan of arrangement under the Business Corporations Act (British Columbia), requiring the approval of (i) at least 66 2/3% of the votes cast by the shareholders of Fiore voting in person or represented by proxy, (ii) if applicable, a simple majority of the votes cast by shareholders of Fiore excluding for this purpose the votes of “related parties” and “interested parties” and other votes required to be excluded under Multilateral Instrument 61-101 Protection of Minority Security Holders in Special Transactions, all at a special meeting of Fiore’s shareholders to consider the Transaction, and (iii) the approval of the Supreme Court of British Columbia.

The issuance of common shares by Calibre in connection with the Transaction is subject to the approval of a majority of the votes cast by the shareholders of Calibre voting in person or represented by proxy at a special meeting of Calibre’s shareholders.

Officers and directors of Calibre, along with B2Gold Corp., which hold approximately 37% of the outstanding Calibre common shares, have entered into voting support agreements pursuant to which they have agreed, among other things, to vote their Calibre common shares in favour of the Transaction.

Officers and directors of Fiore, which hold approximately 1% of the outstanding Fiore common shares, have entered into voting support agreements pursuant to which they have agreed, among other things, to vote their Fiore common shares in favour of the Transaction.

The writer holds stock in Fiore Gold, bought in the market at the prevailing price on the day of purchase.