Inovio Pharmaceuticals, Inc. {NASDAQ:INO} today announced that its HIV vaccine, PENNVAX®-GP, produced amongst the highest overall levels of immune response rates (cellular and humoral) ever demonstrated in a human study by an HIV vaccine. 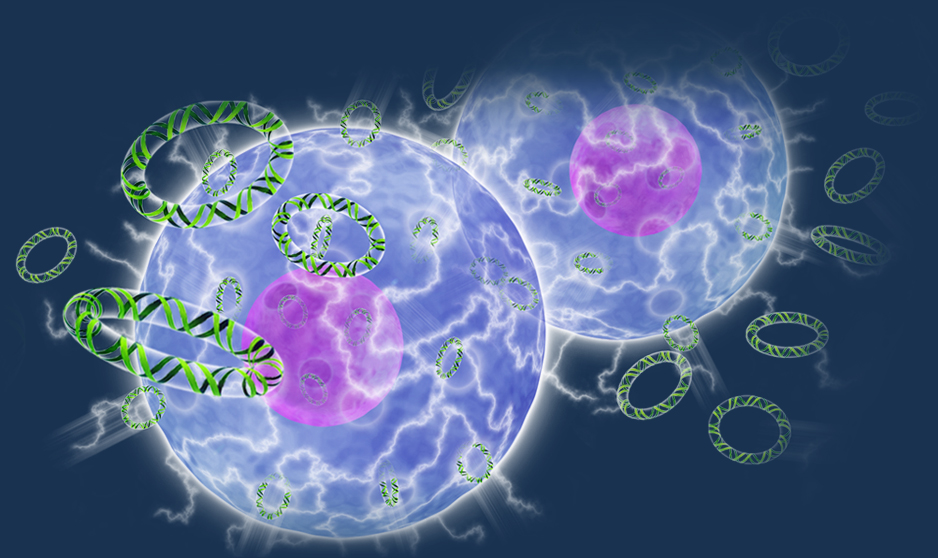 PLYMOUTH MEETING, Pa., May 24, 2017 — Inovio Pharmaceuticals, Inc. {NASDAQ:INO} today announced that its HIV vaccine, PENNVAX®-GP, produced amongst the highest overall levels of immune response rates (cellular and humoral) ever demonstrated in a human study by an HIV vaccine.

The vaccine candidate, PENNVAX-GP, consists of a combination of four HIV antigens designed to cover multiple global HIV strains and generate both an antibody (humoral) immune response as well as a T cell (cellular) immune response to both potentially prevent and treat HIV.

These preliminary results are from a study supported by the HIV Vaccine Trials Network (HVTN) and the National Institute of Allergy and Infectious Diseases (NIAID), part of the National Institutes of Health (NIH) in collaboration with Inovio. The study evaluated a four-dose regimen of PENNVAX-GP DNA vaccine administered by intradermal (ID) or intramuscular (IM) administration in combination with a DNA encoded immune activator, IL-12 (INO-9012). Overall, 71 of 76 (93%) evaluable vaccinated participants showed a CD4+ or CD8+ cellular immune response to at least one of the vaccine antigens (env A, env C, gag, or pol). Similarly, 62 of 66 (94%) evaluated participants demonstrated an env specific antibody response.

Amongst the evaluated participants receiving PENNVAX-GP and IL-12 via IM vaccination, 27 of 27 (100%) demonstrated a cellular response and 19 of 21 (90%) demonstrated an env specific antibody response. Similar immune responses and response rates were achieved via both ID and IM administration of the vaccine although participants vaccinated via intradermal vaccine administration received 1/5th the dose of vaccine compared to those vaccinated via intramuscular administration.

This breakthrough data was presented at a plenary session at the 2017 HVTN Spring Full Group Meeting on May 23 in Washington, D.C. by the Protocol Co-Chair of the HVTN 098 study, Dr. Stephen De Rosa, Research Associate Professor, Laboratory Medicine at the University of Washington and Fred Hutchinson Cancer Research Center. The HVTN 098 trial was the first clinical study of PENNVAX-GP. The randomized, placebo-controlled multi-center study enrolled 94 subjects (85 vaccine and 9 placebo) to characterize and optimize PENNVAX-GP immunisation regimens delivered through vaccinations using either intramuscular or intradermal delivery.

Dr. De Rosa, said, “The preliminary results of HVTN 098 are remarkable for a number of reasons. In HVTN 098, nearly all individuals vaccinated with the regimens including IL-12 had detectable CD4 responses and over half had CD8 T cell responses. Similarly, the antibody response rate was 100% or close to 100% for several of the env antigens tested in the assay. Thus, these high response rates are exceptional. Further studies will be needed to determine if this vaccine candidate can safely and effectively prevent HIV infection.”

Dr. J. Joseph Kim, Inovio’s President & CEO, said, “These results are among the highest ever responses we’ve seen with an HIV vaccine, and they are remarkably consistent with our recent data reported from our Ebola, Zika and MERS clinical trials in terms of demonstrating nearly 100% vaccine response rates with very favorable safety profile. Furthermore, our newer and more tolerable intradermal vaccine delivery device showed that we can elicit very high immune responses at a much lower dose. We look forward to advancing PENNVAX-GP into later-stage clinical development with our partners and collaborators.”

Development of Inovio’s PENNVAX-GP immunotherapy, which widely targets multiple major clades of HIV — providing global coverage — has been funded through a $25 million NIAID contract previously awarded in 2009 to Inovio and its collaborators. In addition, Inovio and its collaborators were awarded an additional five-year $16 million Integrated Preclinical/Clinical AIDS Vaccine Development (IPCAVD) grant in 2015 from NIAID.

Nearly 35 million people have died from HIV-related causes and over 36 million are living with HIV. HIV is a retrovirus that causes acquired immunodeficiency syndrome (AIDS), a condition in which progressive failure of the immune system allows life-threatening opportunistic infections and cancers to thrive. HIV is classified into clades, sub-types within which the virus has genetic similarities. The most prevalent clades are B (found mainly in North America and Europe), A and D (found mainly in Africa), and C (found mainly in Africa and Asia).

HIV clade C accounts for 48% of worldwide and 51% of African-HIV type 1 cases. It is the most rapidly spreading subtype of HIV. Although highly active antiretroviral therapy regimens have dramatically transformed the treatment of the disease in developed countries, safe and effective HIV vaccines are needed to stop the spread of disease.

Using a $25 million contract from the NIH, Inovio designed its universal, multi-clade, multi-antigen PENNVAX-GP immunotherapy targeting the env, gag and pol antigens to provide coverage against all major HIV-1 clades. Inovio’s HIV development focus for both preventive and therapeutic purposes is on PENNVAX-GP.

The HIV Vaccine Trials Network (HVTN), headquartered at Fred Hutchinson Cancer Research Center in Seattle, Wash., is an international collaboration of scientists and educators searching for an effective and safe HIV vaccine. The HVTN’s mission is to facilitate the process of testing preventive vaccines against HIV/AIDS. The HVTN conducts all phases of clinical trials, from evaluating experimental vaccines for safety and the ability to stimulate immune responses, to testing vaccine efficacy. Support for the HVTN comes from the National Institute of Allergy and Infectious Diseases (NIAID) of the U.S. National Institutes of Health (NIH). The Network’s HIV Vaccine Trial Units are located at leading research institutions in 27 cities on four continents. Internationally renowned HIV vaccine and prevention researchers lead the units.

Inovio is taking immunotherapy to the next level in the fight against cancer and infectious diseases. We are the only immunotherapy company that has reported generating T cells in vivo in high quantity that are fully functional and whose killing capacity correlates with relevant clinical outcomes with a favourable safety profile. With an expanding portfolio of immune therapies, the company is advancing a growing preclinical and clinical stage product pipeline. Partners and collaborators include MedImmune, Regeneron Pharmaceuticals, The Wistar Institute, University of Pennsylvania, DARPA, GeneOne Life Science, Plumbline Life Sciences, ApolloBio Corporation, Drexel University, NIH, HIV Vaccines Trial Network, National Cancer Institute, U.S. Military HIV Research Program, and Laval University.