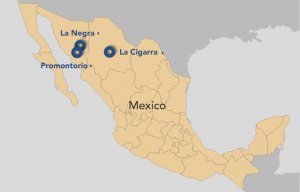 Kootenay President and CEO, James McDonald stated: “We thank Pan American for the considerable work they have done on the Project, in particular the extensive drilling completed at the La Negra high-grade silver discovery. Combined with the existing large resource base of Promontorio and over US$3.6 million in exploration expenditures funded by Pan American in advancing the Project, we are regaining control of 100% of what we consider to be very valuable assets.”

The Company is conducting an internal review of the comprehensive work performed on both La Negra and Promontorio and will plan the next steps for advancing these assets.

Kootenay is in the process of receiving and collating data of the work performed by Pan American so that it may update its digital data room in response to recent requests from other interested parties to review the project’s technical information.

La Negra, situated 7 kilometers north of the Promontorio Resource, is a high-grade silver discovery which the Company believes has the potential to become a low strip, open pit mining operation. To date, 87 drill holes totaling approximately 17,000 meters have been completed by Kootenay and Pan American with most intercepts returning widespread silver mineralization from surface to a vertical depth of over 300 meters.

The NI 43-101 Resource Estimation was conducted on Promontorio by SRK Consulting Inc. (U.S.) of Lakewood, Colorado.