The media is starting to predict a new commodities supercycle, as government stimulus projects, stated by China, are starting to be rolled out across the world.

The main focus is on copper, nickel, iron ore, and lithium. 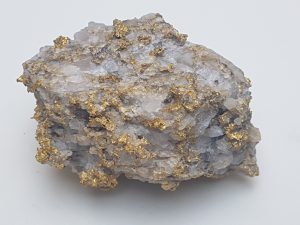 The media is starting to predict a new commodities supercycle, as government stimulus projects, stated by China, are starting to be rolled out across the world.

The main focus is on copper, nickel, iron ore, and lithium, as the EV infrastructure needs to be built, and more battery powered vehicles are now being manufactured, especially in China, and, soon, Germany.

In order to persuade people to make the switch to EV’s, the infrastructure has to be in place to give them confidence they can make journeys and not run out of juice, or have to suffer long delays waiting to charge their EV, I would suggest we are some time away from that, and, as I have said before, I expect the supermarket car parks will become EV charging stations.

Tin is another metal in demand with a rising price as it’s used in electronics, as is silver of course.

So the ingredients are certainly there for a supercycle, so we should be aware  of the metals that are going to be in demand, and who produces them, in order to make informed investment decisions.

Mining Stocks in the news

For London investors there were two stocks in the news this week, and both were extreme disappointments.

SolGold (SOLG) Announced that after a study of their PFS for Alpala, they are going to review it, and produce an amended PFS later in the year. Needless to say, that went down like a lead balloon! The stock fell 33% to around 23p.

AEX Gold (AEX) updated the market on developments at their Nanulag gold project in Greenland, which basically mean after recent promotion on social media, they have now discovered a problem with a concrete bulkhead near the main portal, and that they have problems bringing a workforce into Greenland in a timely manner!

Unsurprisingly, the shares have halved in price, and may drift for a while as it would seem there is some doubt that they can move into production without raising some more finance to fund the project through to production.

Stocks on our watchlist in the news

Largely tracked sideways as the attention has switched to industrial and base metals, as talk of increasing EV production and a “commodities supercycle” due to government stimulus spending around the world.

Bitcoin has also stolen gold’s thunder to a degree, but investors should be focusing on gold as a store of value where one danger is currency debasement, and the other, rising inflation. Diversity is key and both gold and bitcoin have a part to play.

The price of copper has reached an 8 year high, and slipped back slightly in anticipation of the Chinese New Year holiday, when demand always falls.  Nickel marches on, up another 6%, as did tin, all connected with electronic and EV demand.

Lithium took a breather as EV as well as ICE production was halted due to a shortage of semiconductors in various car manufacturers’ plants.

Iron ore still stands at high prices due to massive Chinese demand as their stimulus program continues to build infrastructure. Coking coal rose alongside iron ore due to steel demand in China.

Not much movement last week, as PM prices drift lower.