Announced that the Mexican Federal Environmental Department has granted approval of the Company’s EIS for the development of the Camino Rojo Oxide Gold Project located in Zacatecas State, Mexico.

The approval of the MIA is conditional upon Orla meeting certain customary conditions and standard requirements which the Company intends to complete in the coming weeks. 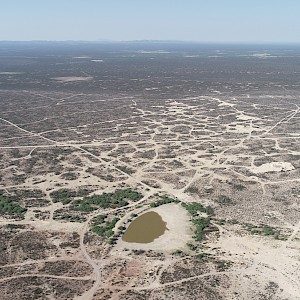 The approval of the MIA is conditional upon Orla meeting certain customary conditions and standard requirements which the Company intends to complete in the coming weeks. Orla now has the two principal permits necessary for commencement of construction activities at Camino Rojo. The receipt of the MIA also satisfies one of the key conditions precedent to the drawdown of the remaining US$100 million available on the previously announced US$125 million project finance facility (“Credit Facility”).

“The approved MIA is the next step to develop the Camino Rojo Oxide Project. We can now begin construction and maintain our schedule to produce our first gold in 2021”, stated Jason Simpson, President and Chief Executive Officer of Orla. “We would like to thank and recognize everyone who has worked on the permitting process and supported us to get to this point. We look forward to continuing to work closely with our various stakeholders, including the local communities around the Camino Rojo Project”.

Detailed engineering is now over 73% complete and in anticipation of the receipt of the final permit, Orla has pre-ordered and committed to over US$50 million for long-lead time items. Major contracts for earth moving and civil work are well advanced and are expected to be finalized in the coming weeks. Under Mexico’s current COVID-19 legislation, mining and construction are now permitted economic activities and the Camino Rojo site has been ramping up in strict compliance with the Mexican Health Authority and Company requirements. Orla has implemented a strict COVID-19 protocol, including rigorous testing programs as it begins a controlled mobilisation to site for construction. Exploration work programs have already begun and are testing regional targets in the large area of prospective geology that surrounds the known deposit.

The project is 100% owned by Orla and covers over 160,000 hectares. The technical report entitled “Feasibility Study, NI 43-101 Technical Report on the Camino Rojo Gold Project — Municipality of Mazapil, Zacatecas, Mexico” dated June 25, 2019 is available on SEDAR under the Company’s profile as well as on Orla’s website at www.orlamining.com