As previously announced in the Company’s February 21, 2017 news release, testing was conducted on Lode Star ore delivered to the Goldwedge milling facility. 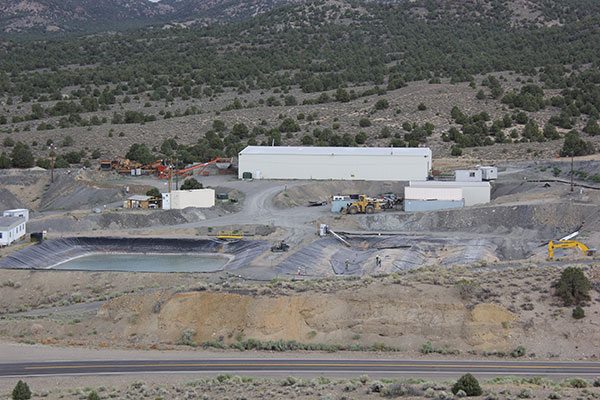 As previously announced in the Company’s February 21, 2017 news release, testing was conducted on Lode Star ore delivered to the Goldwedge milling facility. The Goldwedge mill is a fully permitted, 400 ton per day facility with an associated gravity recovery circuit. The Lode Star ore was separated into three batches and processed through the milling circuit, while adjustments were made to the wet mill cyclones prior to each batch. These cyclone adjustments affect the final particle size and provide a range for grind size versus recovery and associated throughput.

This testing, when analysed, will provide the baselines for metallurgical recoveries and mill throughput data to support the economics of processing Lode Star’s ore. The coarse gold component of Lode-Star’s material was recovered by the gravity circuit. Further testing will be conducted on the tailings to determine the potential economics of shipping tailings to the Company’s Mineral Ridge heap leach operation for final recovery of cyanide-leachable precious metals. Metallurgical testing of the batched product will be conducted by Kappes Cassiday of Reno, Nevada.

Scorpio Gold’s President, Chris Zerga, comments, “Although this testing was somewhat delayed due to permitting, the milling of the Lode Star ore at our Goldwedge facility went as planned and we look forward to reviewing the results from the metallurgical testing. These results should provide the basis for a long-term toll milling contract with Lode-Star.”

Photos of the Goldwedge milling facility can be viewed on the Company’s website at: Goldwedge Photo Gallery

Lode-Star Mining Inc. (OTCQB:LSMG) is a U.S. based junior-tier mining company focused on the exploration, development, and production of North American mineral assets.

Lode-Star is the operator of the Goldfield Bonanza property, acquired under an option for development on December 11, 2014 from Lode-Star Gold, Inc., a private Nevada corporation. The property is located in the historic gold producing district of Goldfield, NV, which at one time was Nevada’s largest gold producing district. Historic production totaled better than 4 million ounces of gold.

Scorpio Gold’s Chairman, Peter J. Hawley, PGeo, is a Qualified Person as defined by National Instrument 43-101 and has reviewed and approved the content of this news release.