Strongbow Exploration {TSX.V: SBW} have issued a correction following their recent announcement of a deal with Osisko Gold Royalties.

Strongbow have stated the bulletin should not have been issued as the transaction had not completed at the time. The deal has now changed slightly from the original. 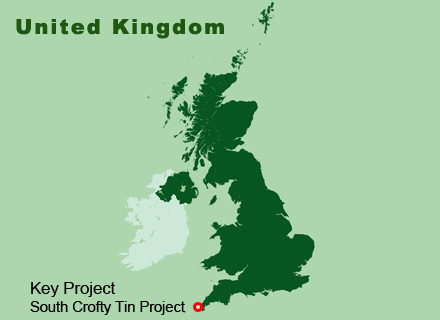 The TSX Venture Exchange bulletin dated Nov. 7, 2017, should not have been issued as the company had not closed the transaction with Osisko Gold Royalties Ltd. described in the original bulletin. The exchange has now been informed that the disinterested shareholders of the company approved the transaction at a special meeting held on Jan. 15, 2018, and the company has closed the transaction. The terms of the transaction have substantially remained the same as described in the original bulletin except that the secured convertible note issued to Osisko will now be convertible at Osisko’s option into a 1.5-per-cent net smelter return royalty on all metals and minerals produced from Strongbow’s South Crofty tin project in Cornwall in the United Kingdom.