The vertical HQ core holes, averaging 74 meters in length for a total of 2,580 metres, had an average core recovery of 82%, and generated 1,300 samples.

The Company has completed a 35 hole diamond drill program on its Taron Cesium Project, located in Argentina. The vertical HQ core holes, averaging 74 meters in length for a total of 2,580 metres, had an average core recovery of 82% and generated 1,300 samples.

TAR2017-26 had the highest grade continuous interval averaging 0.99% cesium over 8 metres from 10 to 18m depth. The cesium mineralization is very close to surface and all holes reported cesium mineralization. The Company anticipates releasing a resource estimate in the coming 6 – 8 weeks once a critical component, the hydrometallurgical study, is completed.

‘This drill program was a complete success and marked an important step in the establishing the presence of a cesium bearing mineral system within the Taron property.’ reported Bill McWilliam, Chairman of the Board of Cascadero. ‘This work, combined with the hydrometallurgical program and other market studies, are to demonstrate the ability to produce cesium compounds and to materially reduce reagent costs in the processing stage.’

‘The exciting news for the Company is that Cascadero can show strong selling price metrics for certain cesium compounds. And importantly, this advancement comes at a time of rising prices and expanding applications of cesium, rubidium and thallium as thallium and rubidium may be by-products.

Cascadero and its metallurgical partner, the University of British Columbia, have already made the high- value compounds cesium hydroxide and cesium formate according to a flow sheet that recovers a high percentage of cesium (90%) from drill core material in a simple metallurgical process.

“The UBC flow sheet and this next phase of metallurgical test work are expected to generate data which may enable the Company to proceed with a Project Evaluation Analysis,’ commented Mr. McWilliam. 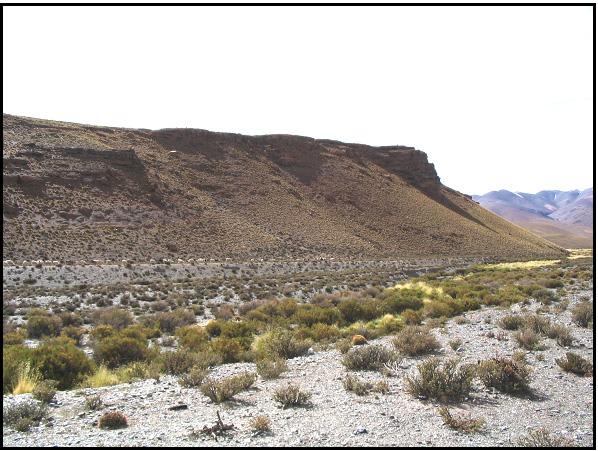 Geochemical analysis shows that rubidium is strongly correlated with cesium and has levels that average 16% of the cesium values. Rubidium carbonate is a relatively stable compound and Sigma Aldrich is offering it for sale C$367.50 per 100 grams.

Cesium, (chemical symbol Cs) is a rare metal best known for its extreme chemical reactivity. Approximately ~75% of the global cesium demand is used to create cesium formate compound. The initial application of cesium formate was in 1996 in the North Sea on difficult high-pressure high- temperature (HPHT) deep offshore oil wells. It has developed into the oil extraction industry’s premium drilling and completion fluid. Cesium formate the premium formate brine drilling fluid for which there is, to date, no acceptable replacement. Cesium formates high-density and low-viscosity is used to control formation pressures and temperatures in oil well drilling where its use illuminates the use of toxic high-density suspended solids in the drilling fluid-a significant technological, engineering and environmental advantage. It is safer to handle and does not damage the producing formation or down hole drilling equipment replacing corrosive barite muds and zinc bromide brines. Unlike the components of many other heavy liquids, cesium formate is relatively environment-friendly as it is biodegradable, and has reduced the cost of disposing drill cut material.

Cascadero believes there is the likelihood of a cesium supply shortage in the near future that would result in higher cesium prices. For over twenty years, the global market demand for cesium has been supplied almost exclusively by two companies: Cabot Corporation and Bikita Minerals (PVT) Ltd.

Cabot Corporation’s underground mine and is also under Bernic Lake in Manitoba, Canada. Cabot mines and processes the cesium ore into final products, making it the dominant global supplier of cesium products. Until recently the Tanco mine was one of two mines that provided cesium rich pollucite and Cs compounds for the past 20 years.

The world’s only other significant source of cesium is (was) Bikita Minerals Ltd. Bikita is a pegmatite deposit located in Zimbabwe. It is an open pit mine that produces lepidolite (lithium) and pollucite to the global market along with Cabot Corp.

Cascadero understands that the Tanco and Bikita mines are now mining their stock piles and have limited commercially valuable resources. Anecdotal information from industry sources suggests that the Bikita Mine has.

In its annual report of 2016, Cabot issued the following statement regarding the situation at the Tanco Mine:

‘However, the structural stability may change at any time and there is a possibility of deterioration and flooding of this mine. While we have not mined at our mine in Manitoba since we completed a development project at that site in November 2015, we may resume those mining operations in the future. The failure to adequately manage these risks could result in significant personal injury, loss of life, damage to mineral properties, production facilities or mining equipment, damage to the environment, delays in or reduced production, and potential legal liabilities.’

Information on cesium prices is difficult to secure. Cesium is mined and final products are made and sold in private companies, which are not obligated to report their operating results. Cabot stated that effective April 12, 2017, or as contracts allow, it was increasing prices by up to 18% for its fine chemical product portfolio. Demand for Cabot’s fine cesium chemicals products increased in late 2016 and has continued into 2017. This price adjustment is required to support ongoing investments in Cabot’s fine cesium chemicals manufacturing facility co-located with its mining operations in Manitoba, Canada.

Cascadero is conducting further research to establish a potential value for cesium hydroxide and cesium formate for the resource estimate. Albemarle does not process pollucite or make cesium formate. Most Chinese companies do not process pollucite and or produce cesium formate but they market as a reseller from a variety of small producers. Pricing information by Cabot to its formate customers is closely held as the formate is leased and after use, the product is returned to Cabot for cleaning and reconstituting. The client is charged a lease fee, the cost of lost fluid, and the cost of reconstituting and cleaning. The lease price appears to be based on a cesium formate base price of ~US$50,000 per tonne of solution with a ~40% cesium content. Once reconstituted with additional new formate, Cabot is able to lease the same volume of cesium formate several times.