Reported that initial diamond drilling at the Reedy Creek goldfield within the Providence Project in Victoria, Australia has returned high-grade gold assays. 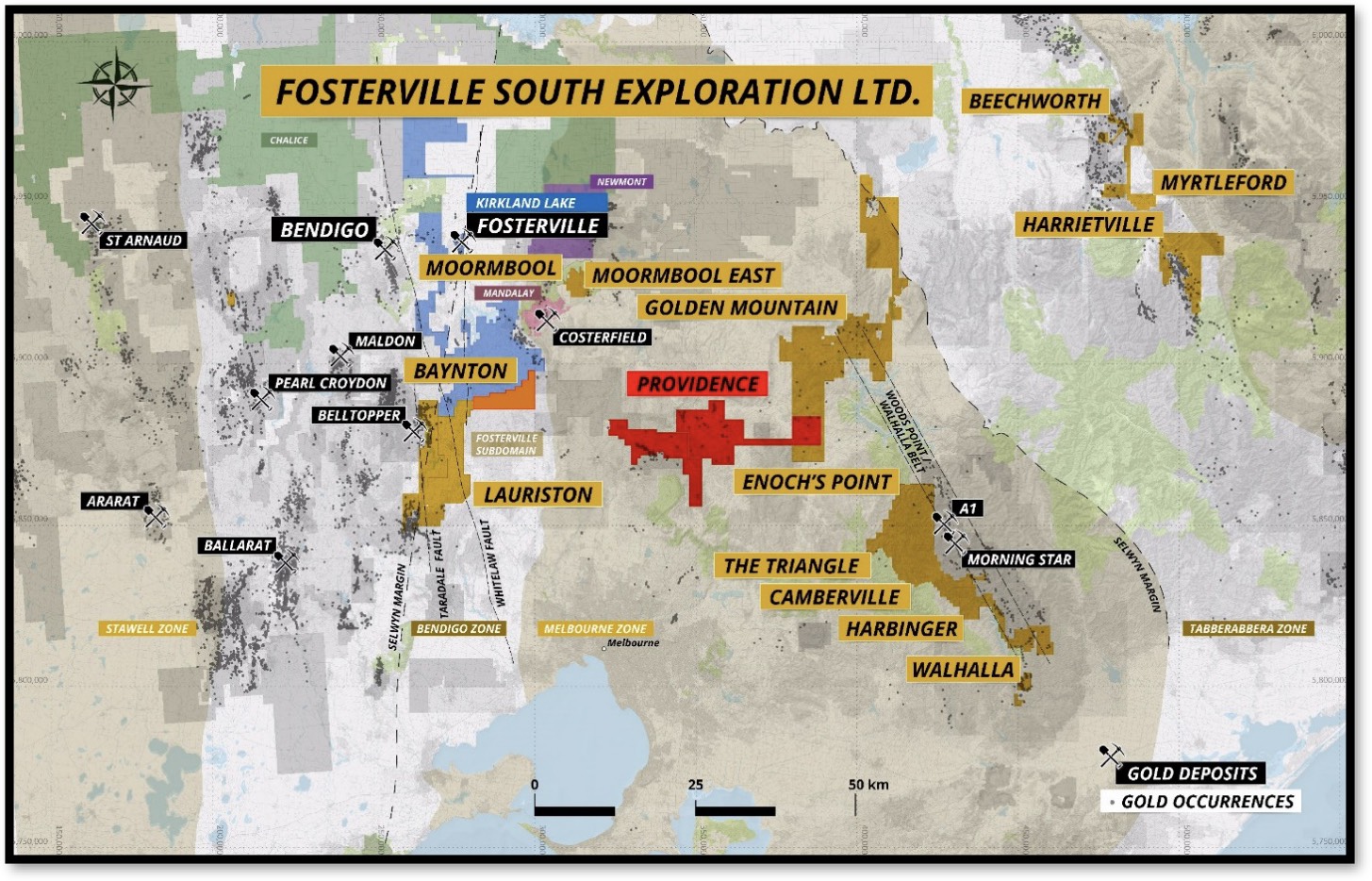 Fosterville South is carrying out a diamond drill program to test the zones of gold mineralization recently discovered at Reedy Creek in August 2021.

The mineralization is of similar character to that found in discovery hole RWR13(11m at 31.34 g/t Gold including 4m at 80.05 g/t Gold), albeit with a narrower width.

The gold mineralisation intersected in the drilling is present as a zone of significant quartz veining with fine grained disseminated gold, stibnite and pyrite. The strike and dip of the mineralised intercept is not yet known, and drilling and structural data analysis is ongoing.

The lower quartz vein present in the drill hole is quite oblique to the core axis and the initial structural interpretation is that it has a subvertical dip with a true width of approximately 0.5m.

The Fosterville South drill program at Reedy Creek has been underway since July 2021 and commenced after the team negotiated and then signed 7 separate access agreements, while garnering strong community support for this exploration effort.  All this planned drilling is on private properties, which facilitates a streamlined drill program process once agreements are in place.

The Reedy Creek goldfield, which forms part of the Providence Project, occurs in the Melbourne zone and has a history of gold production from epizonal quartz veins, despite no drilling within the central goldfield apart from two vertical drill holes completed in the mid-1890s. While there has been no modern exploration at Reedy Creek, historical gold production reported at Reedy Creek is 43,489 tons for 39,223 ounces at 26.8 grams per tonne gold.

“We are excited that our first diamond drill hole intersected exceptionally high-grade gold at the Reedy Creek gold field, while also pleased that the final reverse circulation holes in the area of the discovery also intersected strong gold mineralization on various quartz veined structures.

“Drilling with the diamond drill rig now, versus the reverse circulation rig that made the discovery, will allow our technical team to start assessing the vein sets being encountered including the intersection of these various quartz vein sets, which are considered to cause the greater zones of high-grade gold mineralization, and where the most attractive future drill targets are.

“The results today shows that this system has the ability to produce exceptionally high gold grades and this is an excellent follow-on result from the initial discovery hole. More results are expected soon.”

At the time of writing the author holds shares in Fosterville South bought in the market at the prevailing price on the day of purchase.