In order to avoid a clash with yet another conference leaching off the back of the PDAC, the Metal Investor conference was moved from Friday and Saturday to Saturday and Sunday, clashing with day 1 of the PDAC on Sunday in the process. 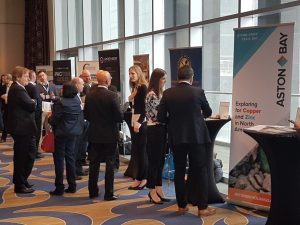 A crisp and snowy start to Saturday in freezing Toronto. Fortunately by utilising the PATH system I was able to walk from my hotel to the conference without walking outside in around ten minutes.

THE Toronto PATH system allows pedestrians to stay indoors as they walk around the city, avoiding the worst of the weather and not having to walk on icy and slushy pavements. One problem for a visitor is knowing the PATH exists, and which areas it covers, but having been here a few times I am now able to navigate myself around under cover.

In order to avoid a clash with yet another conference leaching off the back of the PDAC, the Metal Investor conference was moved from Friday and Saturday to Saturday and Sunday, clashing with day 1 of the PDAC on Sunday in the process.

This does not look like a good idea, given the popularity of the PDAC and over 470 companies exhibiting this year.

Day 1 was unopposed by other conferences, and the venue was full when I arrives mid morning, with a healthy number of people listening to the presentations. 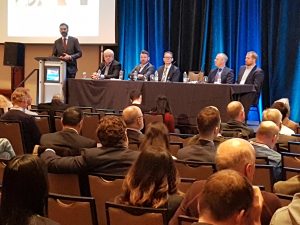 There were 27 companies there, mainly smaller ones, and all ‘carefully vetted and selected’ by the newsletter writers themselves. The other requirement in order to be included in the show was apparently CAD $10,000 for a booth.

One CEO told me he did not pay the newsletter writer for featuring his company, but “felt obliged to attend a couple of shows as a way of appreciation”.

There were a couple of gold royalty companies, ELY Gold Royalty, and EMX, (both of whom were also in the PDAC),  and I had a good chat with both, as royalty companies are always interesting to talk to, if only to learn about who they’re investing in themselves. They do due diligence to a far deeper level than a private investor could do, so following their trades removes some of the risk normally associated with buying a stock in my view.

Amongst those companies that caught my eye, Excelsior Mining say they are all set to start their in situ recovery copper project in Arizona, USA. Great Bear Resources had a lot of activity on their booth, and I found an interesting high grade copper start up, Sun Metals.

Booth holders were told thy had to man their booths on Sunday, in an effort to make them stay instead of just doing the PDAC, so some were planning to divide their resources, and man booths in both shows.

The MIF is a nice show, well put together the catering is good, the reception desk is very helpful, you just wonder why this is needed when most of not all the presenters are also in the PDAC next door for the following four days?