The second day at the main show seems almost as busy as the first, not quite so much of a ‘buzz’ today in my opinion though, possibly due to a few hangovers after the previous evening’s festivities. 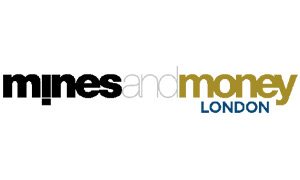 Posting live from the show.

I thought it would be interesting to post live from the show for a change, sitting up in the busy Jack’s cafe looking down on the event from above.

The atmosphere is still buoyant, and I’m personally still enjoying the event more than I thought I would.  I have a feeling Mines and Money will change the show to be more one to one meeting focused next year, as there is clearly a movement in this direction at this show.

The only downside is, of course, less likelihood to find the CEO at his booth whilst walking around, and that’s often where I find new stories.

I did find the CEO of Royal Road {RYR.V}, and had a good chat with him. They are in southern Colombia, near Escabel in Ecuador (SolGold), and look to have a really quality exploration target, plus some other projects in Nicaragua. Being just 30 miles from Escabel puts them in an interesting geological structure!

Another company I liked was Trevali {TSX: TV} with four operating zinc mines but a ski slope of a share price chart, like many of their peers.  A low zinc price and an operating loss in the last quarter clearly not helping, but the price has been falling nearly all year.

The RNC {TSX.V: RNX} stand is very busy due to the huge rocks covered in gold they are displaying, and clearly they have huge exploration potential at their Beta Hunt mine in WA, which is prospective for both gold and nickel. (RNC were formally known as Royal Nickel).

Ceylon Graphite {TSX.V: CYL} also had an impressive exhibit on their stand, a 7 kilo lump of pure graphite from their new project in Sri Lanka. They kindly gave me this as I expressed an interest, and the alternative was to lug it back to Canada!

Other companies that look in good shape and undervalued are Resolute Mining of Australia, and Pasinex, from Canada.  Both companies are in production, and their value does not seem to reflect the value of their business. In the case of Resolute, being in Mali might be seen as a negative by some, though it’s a good jurisdiction as far as I’m concerned.

Pasinex are mining zinc in Turkey, and their issue seems to be the lack of a measured 43-101 resource, although there is plenty to be mined, and they will no doubt mine for a great many years,  some long term numbers would help potential investors establish the value of the company.

One common denominator for both Resolute and Pasinex is they seem to be participating in all the recent mining shows though, and I question the value of that, especially if you’re in London three times within a month!

I always think over promotion is bad, and .makes a company look a tad desperate, not a good sign in my opinion. Companies should just focus on theit business, perform, and investors will come.