The takeover of Roxgold by Fortuna Silver was approved by both sets of shareholders, and will become effective on the 2nd July.

Fortuna Silver will retain its name, despite having producing gold mines. City Investors Circle will cease coverage as Roxgold disappears into the larger entity. 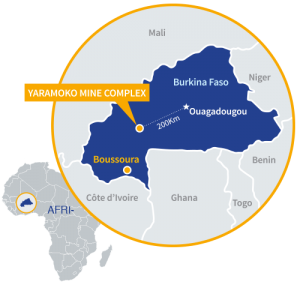 The takeover of Roxgold by Fortuna Silver was approved by both sets of shareholders, and will become effective on the 2nd July.

Fortuna Silver will retain its name, despite having producing gold mines. City Investors Circle will cease coverage as Roxgold disappears into the larger entity.

This is a sad day for me personally, I really liked the Roxgold story and honestly believe they would have been better remaining an independent company. They were growing organically, funding their next mine out of cashflow, as well as exploration, in good jurisdictions for mining companies in Africa.

In my honest opinion Roxgold would have created significant shareholder value by following the path they were on, growing organically, they were one of my favourite companies.

I was never attracted to Fortuna Silver, due to their having projects in Peru and Argentina, hardly bastions of political stability at present. They also have a mine in Mexico, which is a good jurisdiction of course.

From this moment City Investors Circle will not cover the Roxgold / Fortuna Silver story, I don’t think this was a good deal for Roxgold holders personally, and have no desire to invest in any company that has projects in Argentina or Peru, due to the politics.

Fortuna Silver Mines Inc. (“Fortuna”) (NYSE: FSM | TSX: FVI) and Roxgold Inc. (“Roxgold”) (TSX: ROXG | OTCQX: ROGFF) are pleased to announce that shareholders of both Fortuna and Roxgold have approved all matters voted on at Fortuna’s annual and special meeting as well as at Roxgold’ s special meeting and annual meeting held earlier today, including the proposed acquisition by Fortuna of all of the outstanding common shares of Roxgold (“Roxgold Shares“) by way of a proposed plan of arrangement (the “Arrangement“), pursuant to the terms and subject to the conditions of the arrangement agreement between Fortuna and Roxgold dated effective April 26, 2021 (for additional information, please refer to the joint news release dated April 26, 2021, “Fortuna And Roxgold Agree To Business Combination Creating A Low-Cost Intermediate Global Precious Metals Producer”)

Following completion of the Arrangement, current Fortuna shareholders and former Roxgold shareholders will own approximately 63.6% and 36.4% of the outstanding Fortuna Shares, respectively. Post-arrangement, Fortuna will continue under the name “Fortuna Silver Mines Inc.” with the ticker symbol “FVI” on the Toronto Stock Exchange and “FSM” on the New York Stock Exchange, and Roxgold will be a wholly-owned subsidiary of Fortuna.  Roxgold will be delisted from the Toronto Stock Exchange and an application will be made for Roxgold to cease to be a reporting issuer.